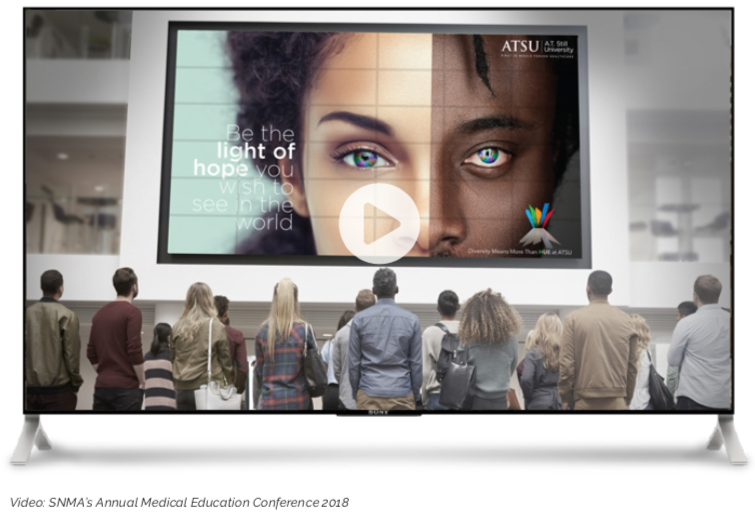 Not everyone has access to the opportunities to help them get to medical school. FabCom, an integrated, strategic marketing agency, produced a powerful social media and event campaign for a leading health sciences university that generated opportunity and access for diverse populations.

The Phoenix-based advertising and marketing agency deployed their video team, comprised of the industry’s top professionals, to San Francisco to collaborate with the University’s client team in the production of a live- streamed video event from the floor of a national student conference.

With the University’s Vice President of Diversity as host, the broadcast featured several current and past students and staff members of the University as well as industry professionals attending the conference.

The “live” aspect of the production created a sense of urgency and immediacy for viewers, augmented by a lead-up social and event campaign urging them to tune in at a specific time. The diversity Vice President also hosts the University’s ongoing “Getting There” series that tell the stories of current students and recent graduates who successfully made the journey. 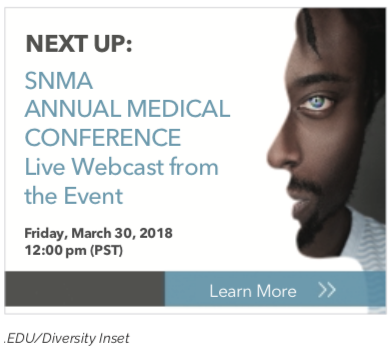 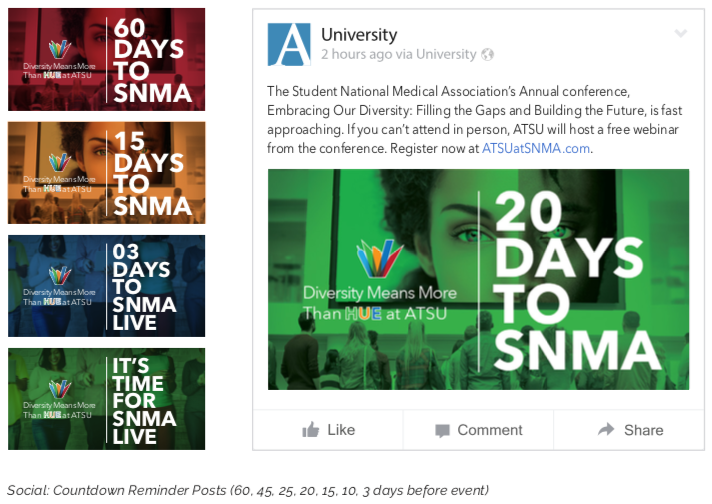 Strengthen the brand identity of this health sciences university by heightening awareness of its commitment to diverse student populations and the diverse communities graduates will serve.

SNMA “Getting There” Campaign 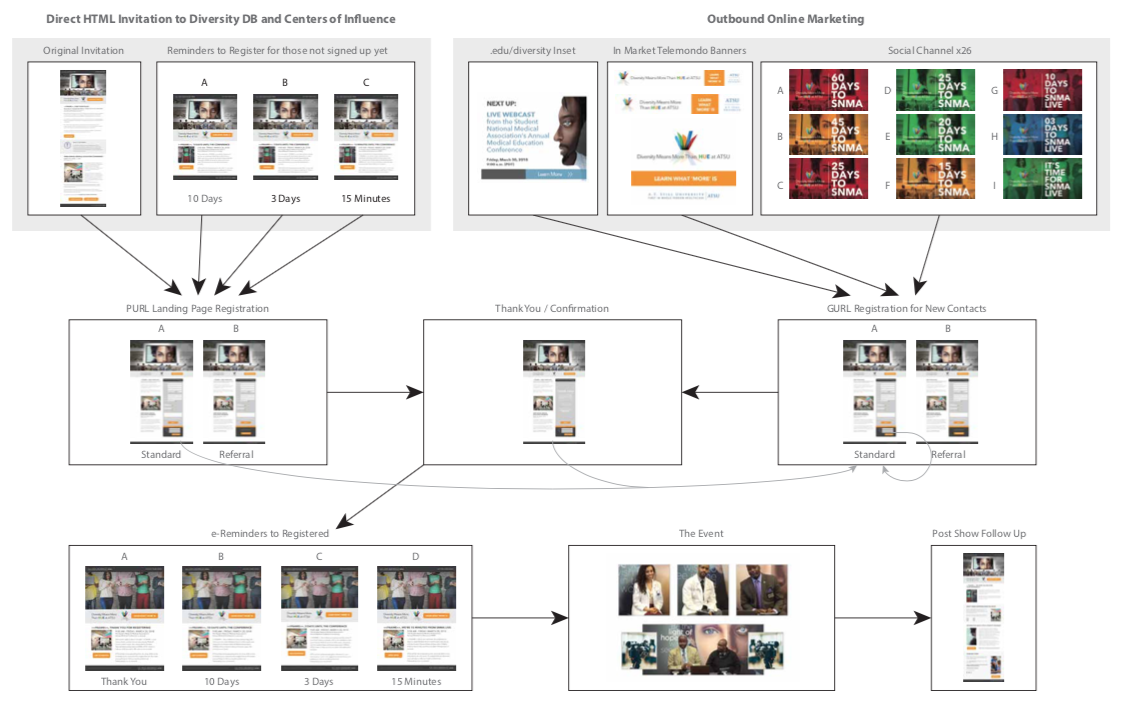 Social media and event campaign with the deftness to implement various tactics quickly. This not only generates momentum and timing urgency but also allowed the agency to make changes/updates within 24 hours.

FabCom’s video team deployed best-in-class production equipment for this broadcast, including 4K cameras and a professional-class camera drone for aerial establishing shots of the conference venue. For two hours prior to the start of the live broadcast, FabCom’s camera team filmed B-roll of the venue and conference attendees, which was then delivered to the FabCom’s on-set technical director for rapid editing into an opening package to launch the broadcast.

Graphics and music had been prepared by the team in the weeks leading up to the shoot date, allowing the editing of the intro package to be executed quickly in the field. In addition to being streamed, the broadcast was recorded in 4K for future use.

On the next business day, an enhanced version of the broadcast was completed with additional post-production polishing and was deployed on the University’s social media channels. The broadcast was followed up with webinars recorded at the conference featuring many of the interviewees seen in the broadcast, and these were published as further installments of the “Getting There” series.

Success of this campaign is two-fold: one from a video production standpoint and the other from a campaign implementation perspective.

For this campaign, there were more qualifying respondents in one weekend event than in the previous three and-a-half years of efforts by other communications and marketing teams.

When you combine FabCom’s end-to-end video production capabilities with the power of this Phoenix marketing agency’s social media and event campaign, the result is a visceral connection that eliminates barriers to access and reinforces the strategy. Today, it’s all about combining—and leveraging—a plethora of new tools, tactics, technology, and methodologies that can drive unprecedented marketing and advertising results.

Find out more about the services and methodology leveraged for this project: