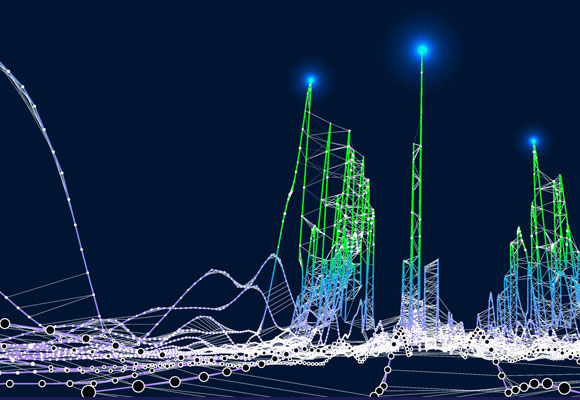 Digital transformation is often the topic of conversation at FabCom as we bridge converging communications technology. The convergence of emerging technologies in augmented and virtual reality (A/VR), spatial digital computing, artificial intelligence (AI), and neuromarketing has resulted in astonishing advancements. The creation of the Neuromarketology methodology, was based on driving the needs of if/then programming, that has now evolved to node-based AI sets of the most advanced CRMs and customer experience funnels, ushered in breakthroughs for mapping the demographic, psychographic, and behavioral attributes of dynamic differences between sociographic cohorts. Decades of exploration in marketing business intelligence, data analytics, AI marketing funnels, and the evolution of Database Segmentation, a founding company behind FabCom, has led FabCom to a series of new technology frontiers. While breaking barriers in the ways people interact with VR and each other through HReality, the integrated agency now has to completely rethink how to capture and quantify user analytics and what that means for data collection in the future.

Quantum computing is already on the radar for big data, which begs the question of the year at FabCom as we develop the very first high-fidelity professional business interactions focused on professionalication™ in a virtual environment with HReality: in a virtual interaction, is quantum analytics the next step?

Quantum computing uses subatomic particles, which can exist in more than one state at a time, to compute much faster and with less energy than classical computers. In classical computing, a single piece of information is stored in a bit which can exist in two states, while quantum computing uses qubits, which are quantum system with two states. This means qubits can store more information and analyze large data sets in seconds.

Similar to the qubit with quantum systems, data capture now needs to fully encompass simultaneous interactions in two planes of space. Instead of the user just interacting with a static screen, they're now interacting within the environment and new types of data are realized, such as how close do users stand to each other when interacting and the resulting behaviors, all while "normal" online interaction happens (e.g., eye tracking, clicks, etc.). This leads to the concept of quantum analytics.

The possibility of what the team is now embarking on is fundamentally exciting at an Einstein level. To think more about the possibilities of what this type of data capture means, Einstein offers the theory of relativity, which created a fundamental link between space and time. Space-time combines the three dimensions of space (up/down, left/right, forward/backward) and the single dimension of time, creating a 4D space referred to as the space-time continuum, providing a theoretical understanding to the framework of simultaneous interactions.

This offers new opportunities and perspectives into psychographic, demographic, and behavioral data, the cornerstone of the Neuromarketology methodology. The vector of these three data creates a sociographic profile, which informs marketers how to get the right message in the right place at the right time to each target.

Behavioral targeting and it's forming body of knowledge has been a lifelong pursuit for this integrated adverting agency. It's been spectacular how each lesson learned shares the common denominators that drive all humans to make decisions. Many of us in many industries have been pursuing how the human mind makes decisions with the applications of AI for decades. In fact, a monumental motivation for this firm was learning from and meeting Ben Goertzel, a Nobel prize nominee for his work with Sophia the robot, who leverages the same body of knowledge to program AI in robots to make decisions. We discovered the programming with Sophia was what we were reverse engineering to understand and influence buying decisions. 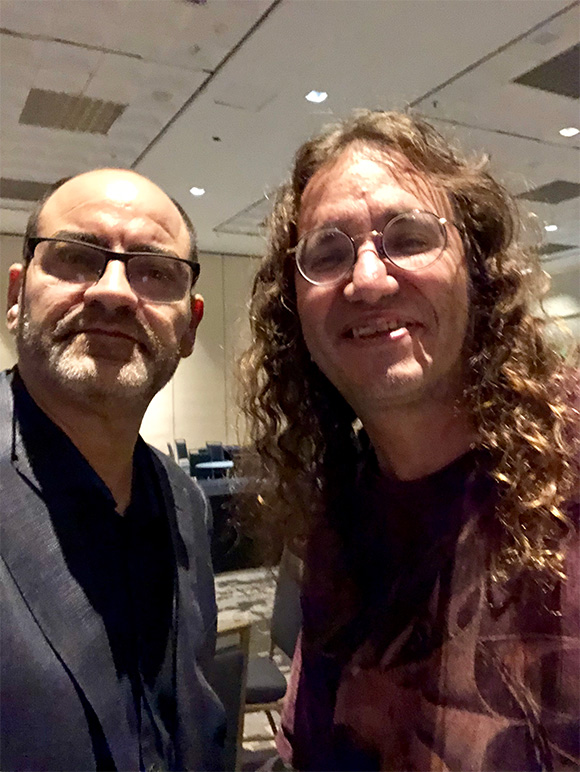 The next step along this journey was the idea of syntextual, a word FabCom introduced into the lexicon as we were working on the concepts of Neuromarketology. Syntextual was defined to quantitively articulate the point of intersection between syntax-based and contextually semantic-distinguishable words and phrases based on an individual's search intent, and now informs avatar movements with HReality virtual environments. This convergence point also naturally describes the process of AI intent discovery by monitoring a user's word arrangement within their surrounding geographic, tempographic, demographic, psychographic, and behavioral context.

This opens the door for many questions, such as what is the biggest opportunity between empowering business, learning, and networking interactions with real-time, personally controlled avatars? Or how about more specific tracking for how people feel and understanding how differently, synergistically, and/or homogenously behaviors are when someone is driving an avatar privately behind a desktop vs. the avatar acting out in environment. The sociographic profile becomes dimensionally larger. This creates a whole new realm of one-to-one behavioral targeting and business insights the word has yet to experience.

Thinking about and starting to define quantum analytics opens the door for new perspectives. Currently, Google and others can categorize someone based off their social interests, but not body language, cultural nuances, mood, and micro pre- and post-transactional behaviors. With personally personified avatars, these types of data sets now become possible. Or consider how different age groups act, what they prefer, and targeting based off in-environment and physical geolocations. In its most simplistic application, it's your car unlocking as you approach it, but imagine the perfect pathway to preference, purchase, and loyalty unlocking as you approach it.

On the consumer side, data security becomes an even larger concern. Some people aren't willing to just give out their personal data. One solution set we've been developing as an answer to quantum analytics and who owns the data is our efforts with Blocksolid, blockchain credentialing, and distributed customer experiences.

Facebook and Roblox are exploring the creation side of the metaverse that creates all this data. Their next phase of the Internet is cool if you're a teenager trying to make it to the next level of your game. We think gamification at this point is like talking about creating a steam engine to modernize the horse and buggy when we're talking about the next evolution to the gas engine with professionalication. The idea that business wants and needs professionalication over gamification is a fundamental difference in this firm's approach to HReality and the purposing of this technology. We fundamentally believe that people don't want to interact in business situations with headgear or with the silliness of wizards, warlocks, and the body postures of the gaming generation.

A new era of data capture will be introduced by interacting in two fields of existence in real time in the same space-time continuum as the professional is sitting behind their console in one physical space and their avatar is interacting in real-time in a different space. With space-time continuum, particles move along time, staying in the same plane of space, but HReality opens new questions of simultaneous interactions happening in two different planes. Thus, quantum mechanics will be realized with this kind of virtual reality in business, creating the need for quantum analytics.

Ask yourself this: if I am in my office working on something and interacting with my avatar with someone else, what are the possibilities? How far will this advance the science of neuromarketing? We don't know but we're working hard every day to find the answer.

Looking for some straight talk? Call us at 480.478.8500 if you are interested in working in any of these emerging areas.