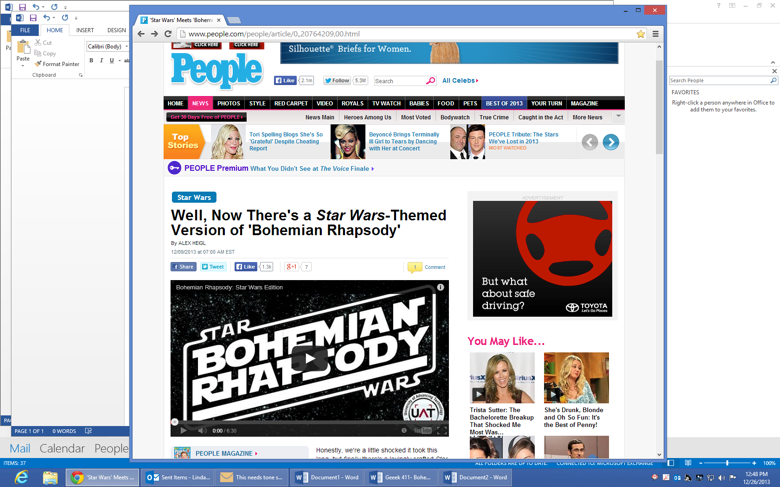 A private technology University leverages social media, and integrated marketing and public relations to drive a professor-led student project and the brand into the national media spotlight. The case study begins with the small University’s Digital Video Professor singing along to Queen’s “Bohemian Rhapsody” on the freeway one day when the idea of rewriting the classic Freddie Mercury lyrics to fit the Star Wars universe was born. The idea was realized by a student-faculty team and the community in stride. Released on YouTube Dec. 4, 2013, the epic video already is considered by some as one of the great tributes to Queen and Star Wars.

Following is a case study outlining how the University’s branding, positioning and online search rank as an innovator in private technology education offering digital video degrees was heightened as a result of working with FabCom, a top integrated marketing and online advertising agency based in Phoenix with offices in L.A. and O’ahu. The advertising agency, in partnership with the client, deployed a targeted social media and public relations strategy helping to catapult the client’s brand into the national spotlight as a leader in one of its programmatic offerings: Digital Video degree. Ranked among the top 10 Phoenix interactive marketing firms and as the number 2 social media firm by the Phoenix Business Journal, FabCom is a full service integrated strategic marketing and advertising agency serving clients and industries across the globe who desire to drive their offline and online brand relevance. 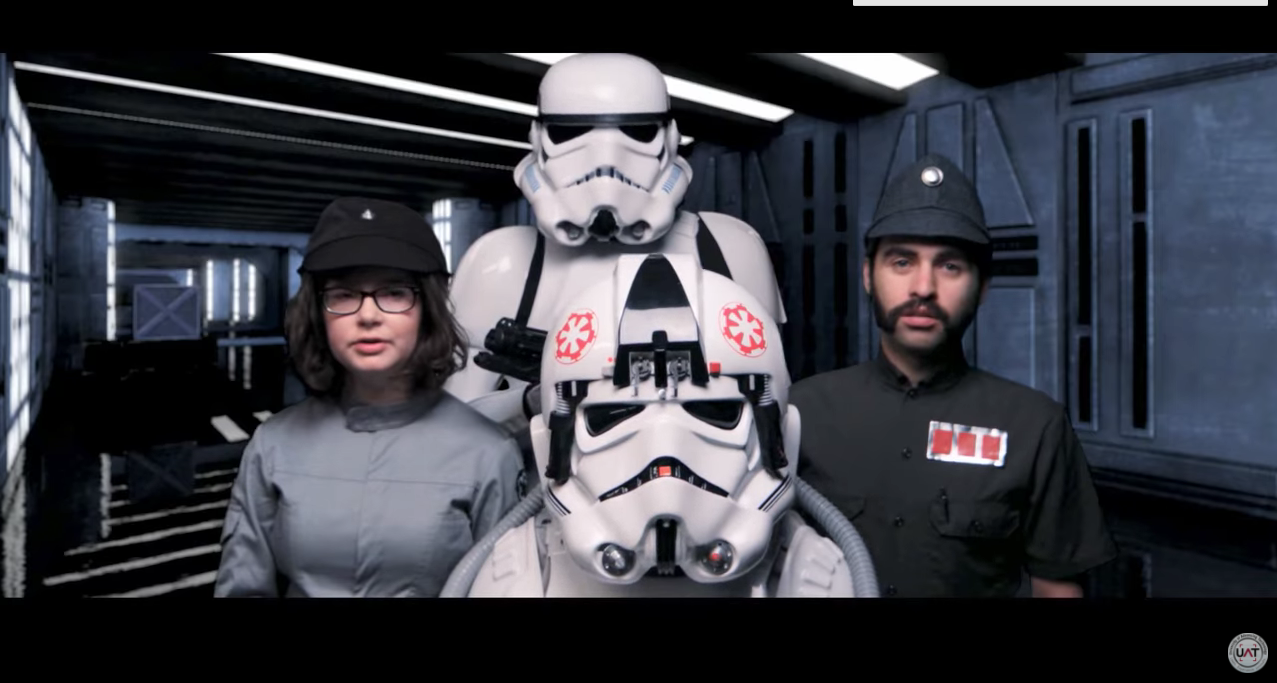 Students reworked the song with the professor’s guidance and input—retelling the key moments from the Star Wars saga including the Original Trilogy, the Prequel Trilogy and the Expanded Universe of novels and videogames.

The advertising and marketing agency client desired to strengthen online brand visibility on a national and global scale for their advancing technology education degrees, including the highly recognized and critically acclaimed Digital Media degree program, through the smart leveraging of social media and public relations channels.

The marketing and advertising agency instantaneously stepped up to help fill a capacity void for the client created as in house staff leaving for the weekend as the opportunity transpired. The agency provided the strategies and implementation resources necessary to capitalize on the windfall and emerging opportunities. This is a prime example of how FabCom’s expertise served as an extension of the in-house marketing department’s resources, going beyond their internal capacity to leverage the full power of public relations and integrated marketing in both social and traditional media.

FabCom, as a dynamically integrated marketing agency, harnessed the power of the technology University’s natural resources—in this case the student-professor project that resulted in the creation of an epic video tribute to Queen and Star Wars—with development of a integrated social media and traditional media strategy and resulting implementation of a targeted and swift moving public relations and social media campaign. The three-part social media strategy includes targeting online and offline media distribution channels to major outlets both locally and nationally. As well as swift and time-sensitive media placement follow-up measures, and executing multi phased coordinated implementation. That helped drive media relevancy to more media segments to achieve the marketing goals and objectives:

Strategy: In partnership with the client, the Phoenix Advertising Agency announced the video release while also positioning the brand and its Digital Video degree program as the leader in advancing technology education and digital video innovation.

Strategy: Integrated marketing agency stokes the fire beginning to rage across online social media directly with the media outlets to increase (At the time the video was moving quickly toward a milestone of 100,000 views in just 24 hours) attention for the video and the technology University in both social media and traditional media to help further position the brand and its program for innovation.

Strategy: If views surpassed 1 million (and they did in less than 72 hours and over the weekend), the marketing and advertising agency would to continue to generate media excitement by fueling both social media and traditional media attention to further position the client’s brand and its products as a leader, and drive the online relevance during prospective students’ online search for a degree program of this nature. 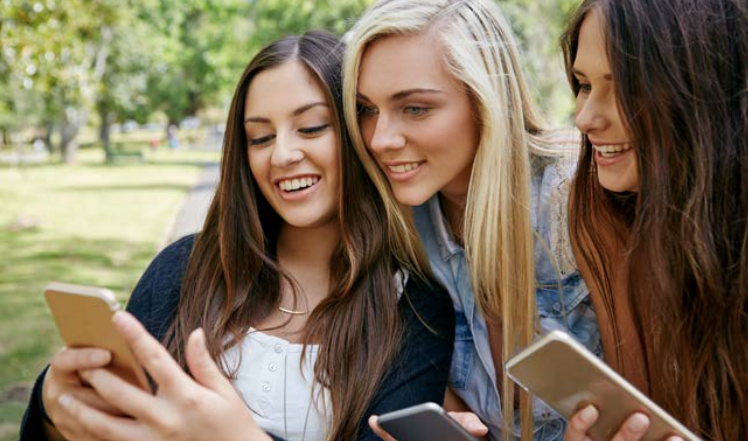 Just hours after its premier on Dec. 4, 2013, Bohemian Rhapsody: Star Wars Edition catapulted to more than 100,000 views, and within the first 72 hours surpassed 1 million views. As of Dec. 31, 2013, the video sensation was nearing 1.5 million views since its premier, generating broadcast interviews, blogs, reviews, commentary and continuing to attract both national and international attention in both social and mainstream media including People Magazine, Fox News KSAZ Channel 10 Phoenix, Huffington Post, Global News and Mashable.com.

Marketing and advertising agency personnel kept close watch on the numbers working through the weekend in anticipation of the 1 millionth view that day. Within moments of that occurring, the agency team was ready and on the phone working the media to again place the story in with new angles to create new relevancy for coverage or re interest those that rejected coverage when the initial press release was sent at 100,000 views. This propelled the news once again throughout major news channels, which connected to their affiliated down line of media outlets others and generated a distribution life of its own.

The strategy as designed was successful in meeting goals and objectives to fill a void for the client, with FabCom’s integrated marketing agency expertise serving as a valuable extension of the in-house marketing department’s resources, and to attract greater visibility for, awareness of and response to the brand and its degree programs: