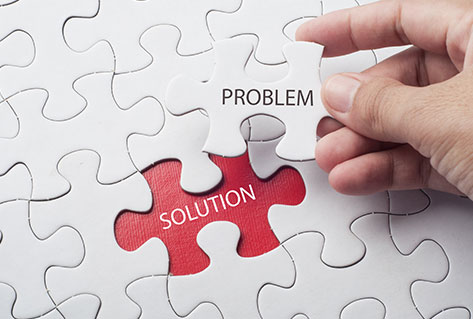 An education institution, that offers degree programs in Network Security among others, was thrust into what could quickly become the negative spotlight when one of its current students was indicted in connection with hacking a national fortune 500 company’s computer network. The investigation was conducted by The Electronic Crimes Task Force in Los Angeles, which includes the FBI, and was quickly gaining national attention online and on television. News vehicles began arriving at the university and interviews were being requested. Students needed to be made aware of the situation and who to refer reporters to for comment and officials at the school needed to be instructed on how to handle the press in a way that protected the students and the university. In addition, the student was currently being highlighted on the university’s website as Student of the Month and also worked on campus. Because of real-time media monitoring, FabCom was aware of the situation within minutes of its first appearance on online message boards in the hacker community, even before the university. Because of this, FabCom was able to communicate immediate response tactics and steps for diminishing any negative pres that may result from the student’s connection with the institution before they started receiving calls from reporters.

Constant support was provided to the university in the first 48 hours after the story broke. At first mention of the indictment, FabCom was in contact with the university. Steps were immediately taken to sweep its public website and intranet of any mention of the student, including removing his Student of the Month profile, so that the press could not gain any information without contacting the institution.

Because FabCom knew phone calls from reporters would be following shortly after, a standard response to all inquiries was drafted and sent to the in-house marketing team to be delivered to all those who may intercept one of these calls. FabCom knew that if the university simply responded “no comment” to these inquires the press could spin their own take on their involvement and portray them as uncooperative. The response to phone inquiries FabCom drafted was such that the university communicated their stand on network security and cooperation with authorities without defaming the student.

Live interviews were granted with top executives at the school showing further the university’s cooperation and stance on the situation. FabCom worked with these executives on proper response, body language, etc.

Because the university was receiving an unusually high amount of attention surrounding this negative event, FabCom developed a strategy to refocus the negative press into positive. A press release was quickly drafted that announced the university was making available to the public cyber security tips to promote safety and awareness of common security issues in National Cyber Security Awareness month that happened to coincide. The press release highlighted the university’s excellent relationship with both The National Security Agency and The Department of Defense, further positioning them as a valuable member of the network security industry.

FabCom worked with the university to build a crisis management plan should any future instances occur and a full post-mortem was written for the marketing team and executives to use as an example for future crisis management training sessions.

In the minutes, hours and days that followed the original announcement of the indictment, the university was able to maintain their brand integrity due to quick action response. Not only did the university maintain the positive angle in the news stories surrounding the student, they were also able to promote their own positive involvement in the network security industry and gain some positive press for the institution. Thanks to the quick response and developed tactics, FabCom was able to guide the university through a potentially detrimental event and come out on a positive note for the brand.