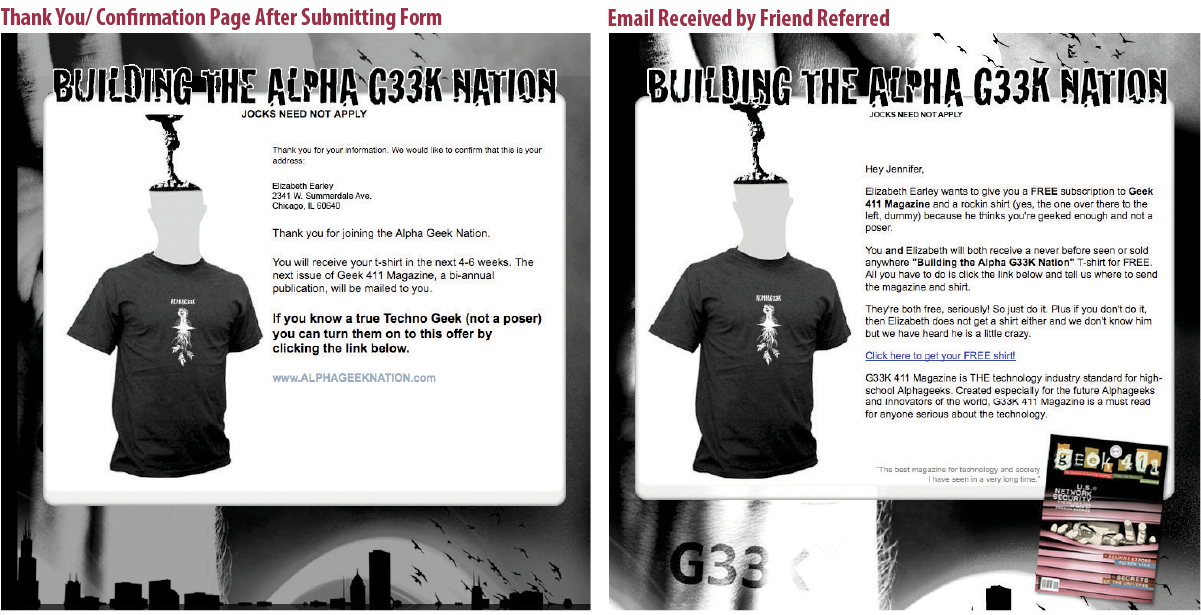 FabCom Recently Launched A Viral Marketing Campaign For The University Of Advancing Technology Called “Building The Alpha Geek Nation” That Generated An Explosion Of Responses From Its Hard To Reach, Niche Target Audience Of Techno-Geek Teenagers.

FabCom strategized with UAT to position their brand as the first to legitimize and redefine this niche audience in a positive way, defining “techno-geek” as cool. The campaign was designed as an online extension of the University’s newly established brand position. The objective was to create and support a new social network that nurtures the techno-geek audience and excludes non-techno-geeks. The strategy creates a new, effective method to reach and engage this highly niche audience. FabCom developed a print ad offering a free subscription to UAT’s own Geek 411 magazine (circulation 16,500 and created by FabCom) as well as a free Alpha Geek T-shirt. They also created an Alpha Geek Nation website landing page (www.alphageeknation.com) as the matrix point for all responses and to provide links to articles about UAT, news, and information about degree programs., smart, elite, and innovative. This positioning exclusivity fosters a sense of belonging and pride in prospective students who formerly self-identified as “outsiders.” In planning an effective campaign, FabCom understood that this audience needed to be approached in a low key, high impact manner with relevancy and transparency of purpose. 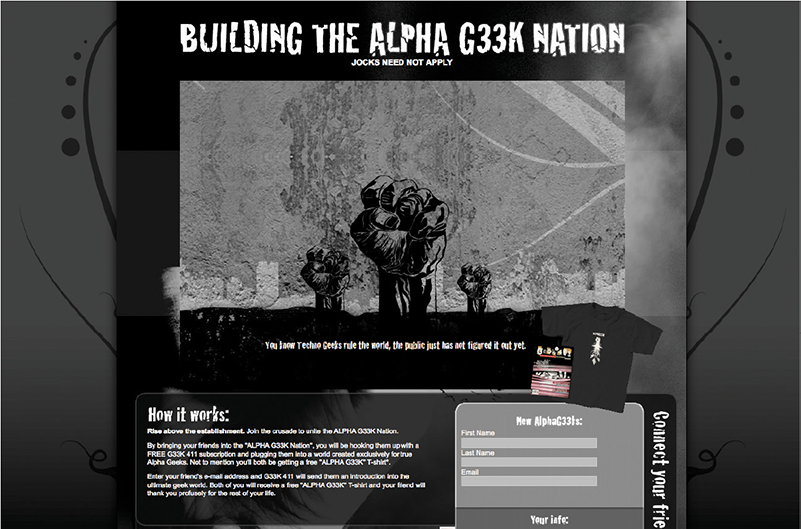 FabCom ran the ad promoting the Alpha Geek Nation in Geek magazine (circulation 200,000), a newly launched, cross-cultural publication that targets game, techno, fashion, and culture geeks. Of the total circulation, an estimated 74,245 were age-appropriate techno-geeks with potential interest in a college degree in the fields of advancing technology. FabCom planned this advertising placement to engage this cross-section and drive them to the website to opt-in and refer a friend into the Alpha Geek Nation. The Ad Was Also Placed In Geek 411 Magazine. FabCom’s Collateral Strategy Was That This Placement Would Motivate The Existing Database Of Prospective Students To Become Active On The University’s Behalf.

The respondents from this audience would be drawn into the Alpha Geek Nation community through the magazine and then refer membership to their friends, ultimately generating like-minded, interested and highly qualified potential students. FabCom’s campaign was designed to go viral within the community of Alpha Geeks and build new leads based on referrals to techno-geeks from techno-geek teenagers who have an active interest in pursuing a higher education in the fields of advancing technology. To differentiate real potential students from people who simply wanted a free T-shirt, the campaign was built with a double opt-in process and filtered further with a narrative field for responses to a relevant, open-ended question that revealed the respondent’s interest level in advancing technology.