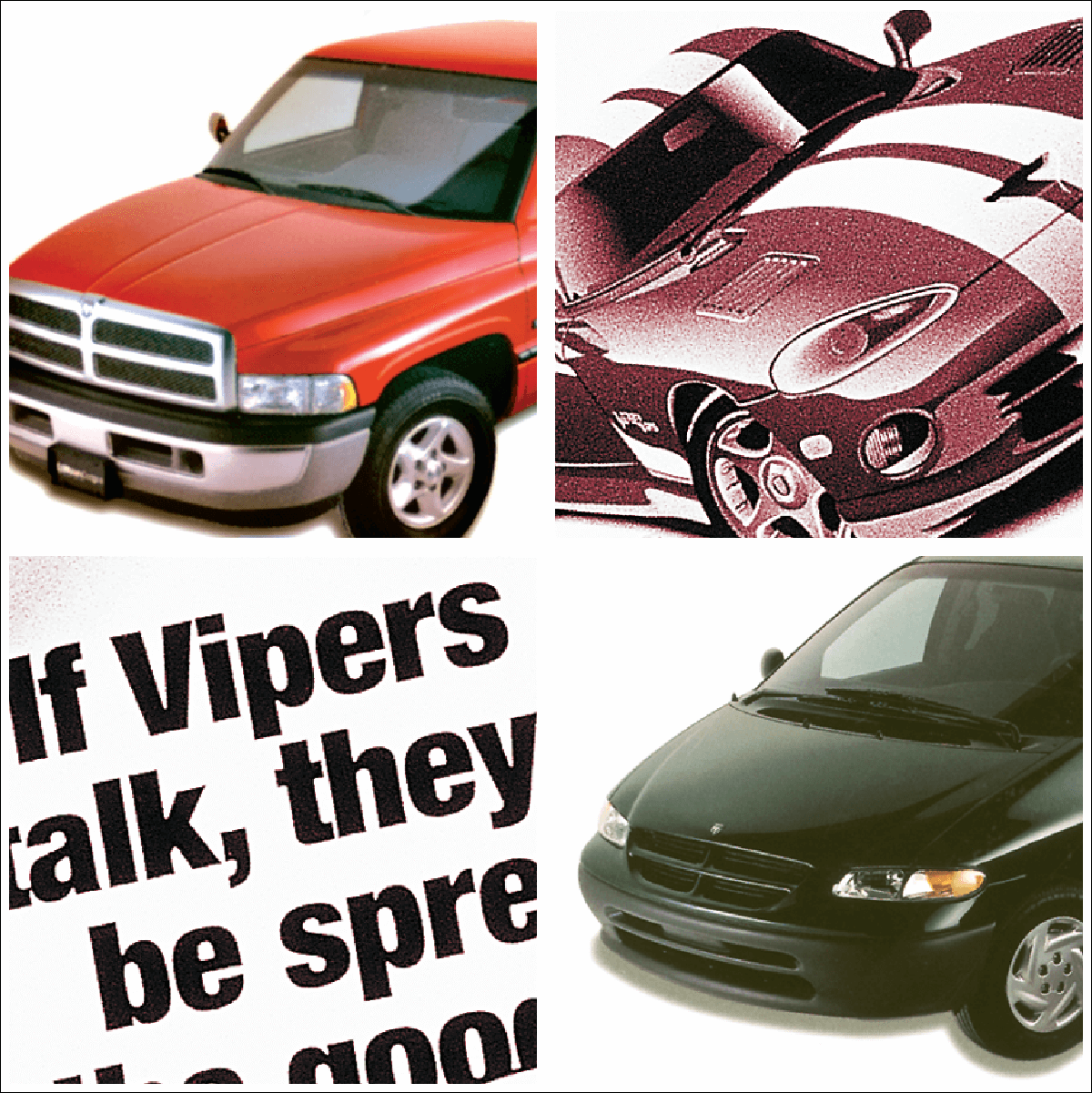 An independent Dodge dealer, formerly of Tucson, Arizona, was opening a new Dodge dealership in Scottsdale, Arizona. Competition in the Phoenix Metro area for automotive dealerships is intense. Eight existing dealers in the Phoenix metroplex also sold Dodge vehicles. Strategy was to harness internet traffic and drive it directly into the sales managed call center.

Since consumer vehicles can be seen as a commodity item, with few differentiating qualities between a Dodge bought at one dealership and a Dodge bought at another dealership, it was critical to establish a distinct, meaningful market position for the dealer. Service was determined to be the most effective point of distinction. Two campaigns were developed to communicate the service message during the Grand Opening period. The campaign chosen to run (“The Good Word is Spreading”) featured a :60 radio spot, a :30 television spot, newspaper ads and direct mail cards. The campaign promoted the weekend Grand Opening event and the dealership’s service capabilities. It was also designed to run for the first 12 months the dealership was open.

The dealership was open for six weeks prior to the Grand Opening event. The Grand Opening took place during the middle of the month of August which is traditionally slow in the car business due to family vacations. Nonetheless, sales for August (129 vehicles) exceeded sales for the previous month by 92.5%. When surveyed by phone several months after the promotion, 41% of the grand opening customers and 15% of competitors’ customers were able to recall the slogan, “The Good Word is Spreading.” Of these, 27% of the dealer’s customers and 5% of competitors’ customers were able to associate the slogan with the dealership. The client continued to utilize FabCom after the Grand Opening, we worked with the dealership for a decade until the owner’s daughter graduated from business school and we trained her to take the function in-house.