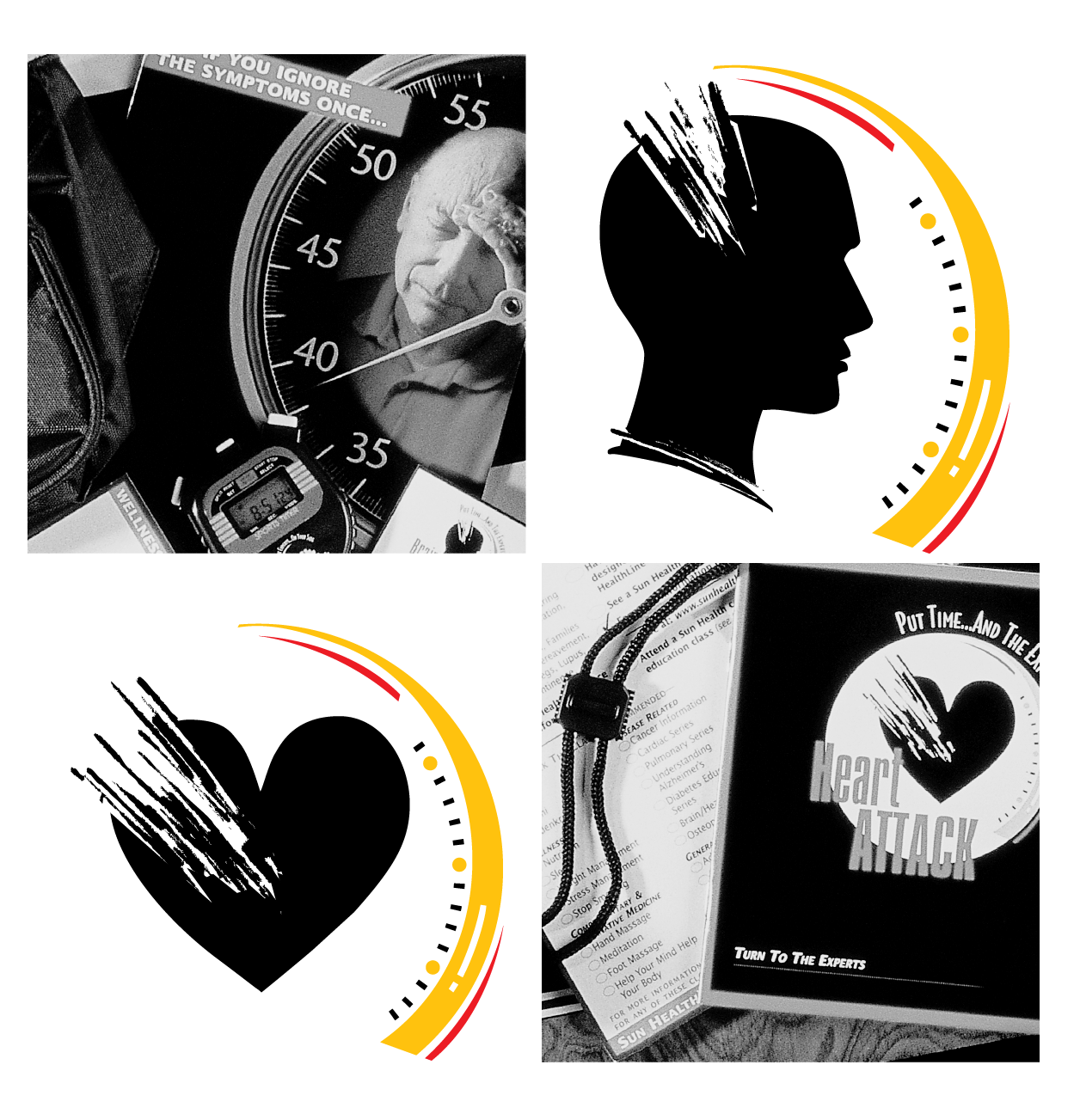 Residents in a large integrated healthcare delivery system’s primary service area (PSA) and secondary service area (SSA) had low awareness and understanding of symptoms and risks for heart attack and stroke (brain attack). Heart attack and stroke cases (as well as cases related to these) had been stagnant or in decline for two years. Finally, a new drug therapy for stroke victims (tpA) had recently been introduced by pharmaceutical manufacturers which provided a newly discovered three-hour window within which permanent damage could be minimized if symptoms were recognized and treated.

The client originally contracted for two separate campaigns. Recognizing the common demographics of the target audiences FabCom recommended a single, combined campaign. A campaign was created which targeted residents aged 50+ in the PSA and SSA, knowing that another important group, adults aged 40 – 50 would also respond to certain media vehicles. A secondary target audience was health care professionals who influence referrals and length of hospital stay: emergency medical technicians, physicians and hospital discharge planners. Building on the basic positioning that had been created for the system as experts, this strategy took the positioning to another level by clearly stating that “We are the Leaders, the Experts, in stroke and heart attack care.”

The elements of this comprehensive campaign included:

Within three weeks of the launch of the campaign, the Brain Attack Seminars were filled to capacity. More than 80% of direct mail risk profiles returned were from higher risk individuals which were referred internally by system case managers. Patient admissions for heart attack and stroke related disorders had been on a stagnant growth rate averaging .55% per year. During the first year of the campaign these admissions grew by an average of 25.95% (population growth factored out). The campaign generated over three-quarters of a million dollars in net (after all marketing costs) revenue. Combining the originally-planned two campaigns into one saved 40% on implementation costs. The benefits of this relationship strategy continue to grow for the system which continues to utilize FabCom.