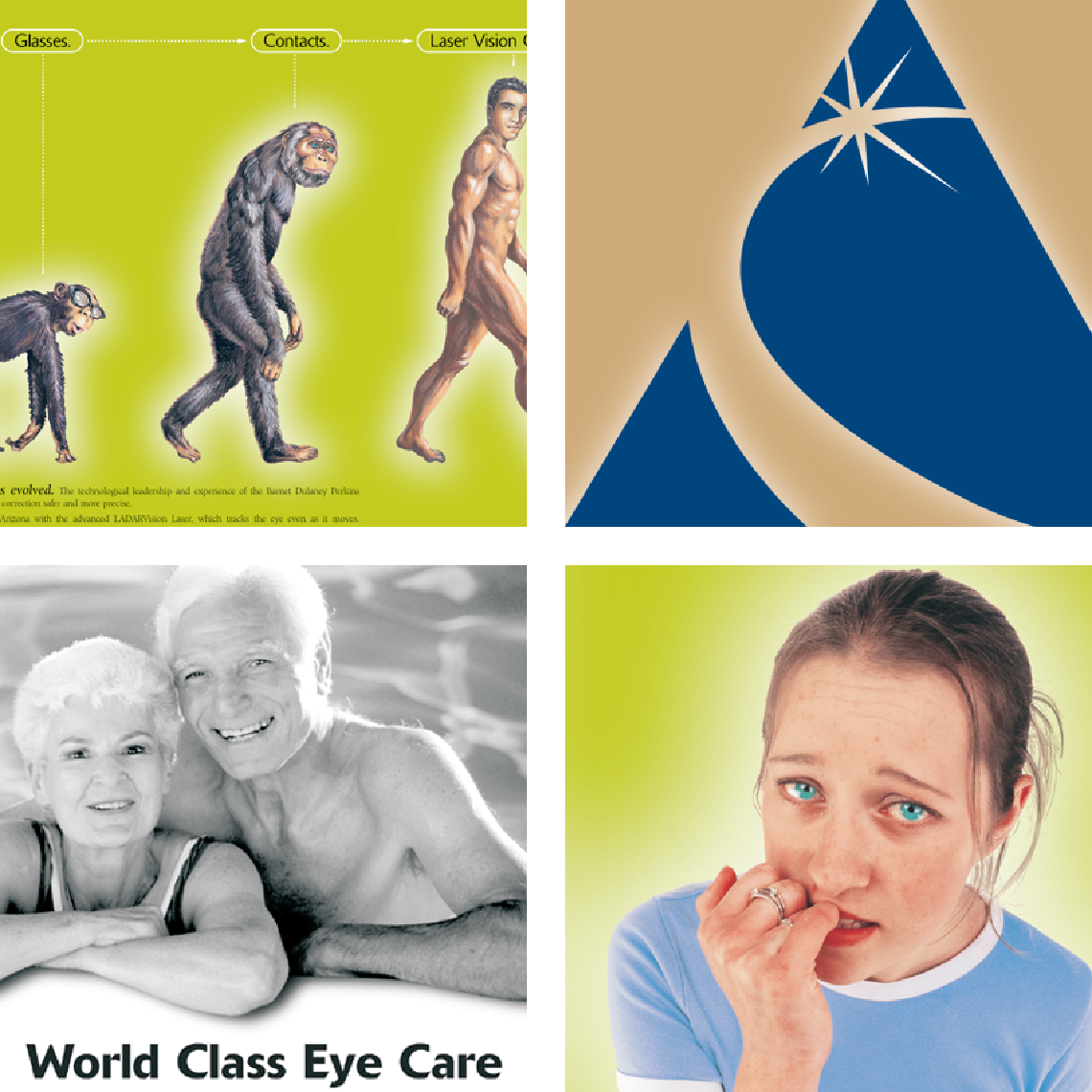 A leading laser surgery practice had performed more laser procedures than any other practice in the region.

However, as more advanced technology continued to come to market, it spawned many competitors, with lower debt levels, who put pressure on margins and forced the established practice into continual reinvestment in equipment. No single practice or group dominated—or claimed a defined, defensible position—in the established practice’s market. Those competitors who marketed aggressively tended to use price promotion and retail-type advertising as opposed to building a position through targeted, strategic marketing.

Due to massive media coverage, virtually anyone with interest in eliminating contacts or glasses was aware of the procedure. Research revealed that those who have considered the procedure but not gone ahead with surgery have been held back by fear of the procedure and/or its expense. These objections had been reinforced by high pressure discount marketing and advertising tactics by the market in general.

The public needed reassurance about the safety, efficacy and affordability of the procedure. They needed to understand that laser eye surgery is the final step in the evolution of vision correction. They need to be reassured that, in the hands of a highly experienced surgeon, the procedure produces predictably excellent results with very minimal side effects and/or complications. By effectively establishing the practice’s position of experience and expertise, combined with the precision of the new technology, the public’s fears could be assuaged. By touching on affordability and financing tastefully in media advertising, the positioning also neutralized the only other main objection to the procedure—its cost.

In addition to print and radio advertising as tactics to increase appointments, FabCom created a new identity and positioning for the “parent” practice as well as a “family” of identities for affiliated satellite practices opened by physicians in other markets.

The increase in sales exceeded expectations by more than 15%. The strategic positioning of “See for yourself. Experience makes the difference.” continues to fuel this practice as a market leader in four states. The company who purchased this organization utilized FabCom to re-brand 170 locations under the newly crafted positioning.