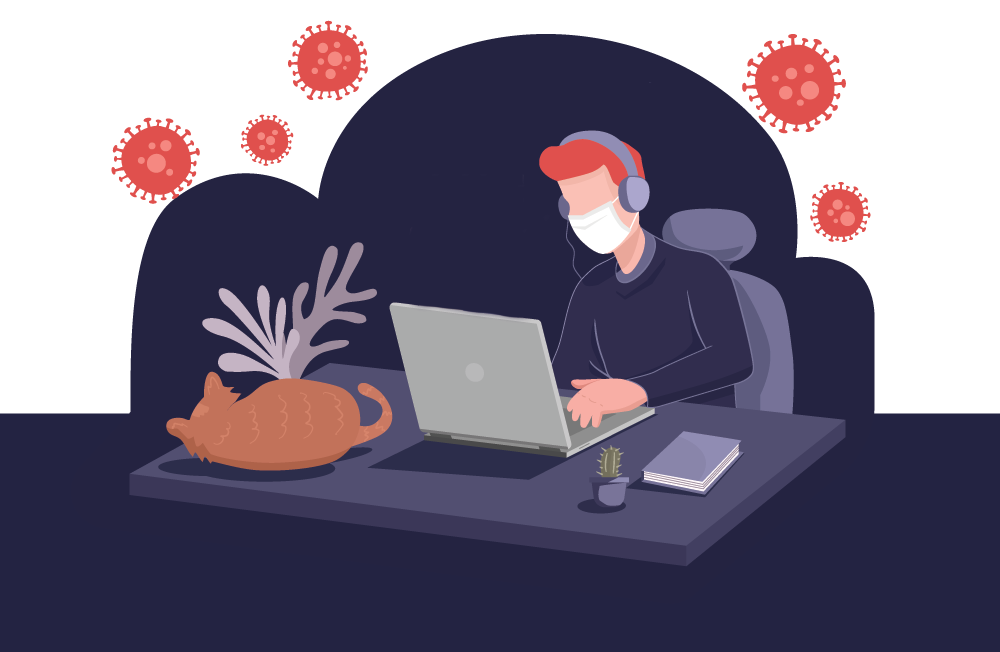 My experience with COVID blew through my life like a storm, upending everything.

The transition from everyday routine to my new normal was lightning quick. Despite my test results, I still felt well enough to work. Within a few hours of reporting my results, I found myself at my kitchen table with a freshly-delivered work laptop. I was blessedly symptom-free, but the timing of this interruption was not ideal; I had been working on a very innovative blockchain credentialing project and I felt I was near a breakthrough.

The support I had while working from home was great. Since Arizona’s stay-at-home mandate this Spring, the team has had protocols in place to prevent exposure, mitigate risk, and maintain a safe and sanitary office environment. Following CDC guidelines, FabCom limited in-office employees to only ten people. These ten employees were hand-picked as the lowest risk, and were instructed to immediately isolate and start working from home upon any concerns of exposure.

Since the FabCom office is a freestanding building solely operated by the agency, it was a relatively simple process to ensure the office stays COVID free. We’re not a public-facing operation, so we have a single locked entrance, and we limit who is allowed on our premises. Additionally, employees are given all the PPE possible to protect themselves and their families.

I rested easier knowing that, any infectious spread that I might have inadvertently caused would be mitigated by these procedures. Still, I struggled at first to be productive. I was lucky enough not to suffer many symptoms during my period of infection, but I didn’t make as much headway on my project as I would have liked.

I was not the first to attempt this blockchain project; on two separate occasions, a group of senior programmers had started this project, but weren’t able to thread the needle. I felt honored (and a little intimidated!) to be trusted where others had failed.

The concept was ambitious and had far-reaching implications: blockchain verified credentialling. The current system for higher education credentialing is limited; there are few ways to verify them. Users must rely on third-party verification, pay for 1st party verification, or just go on faith. We were audaciously setting out to replace this stagnant system of credentialing which had been in place since the invention of paper. 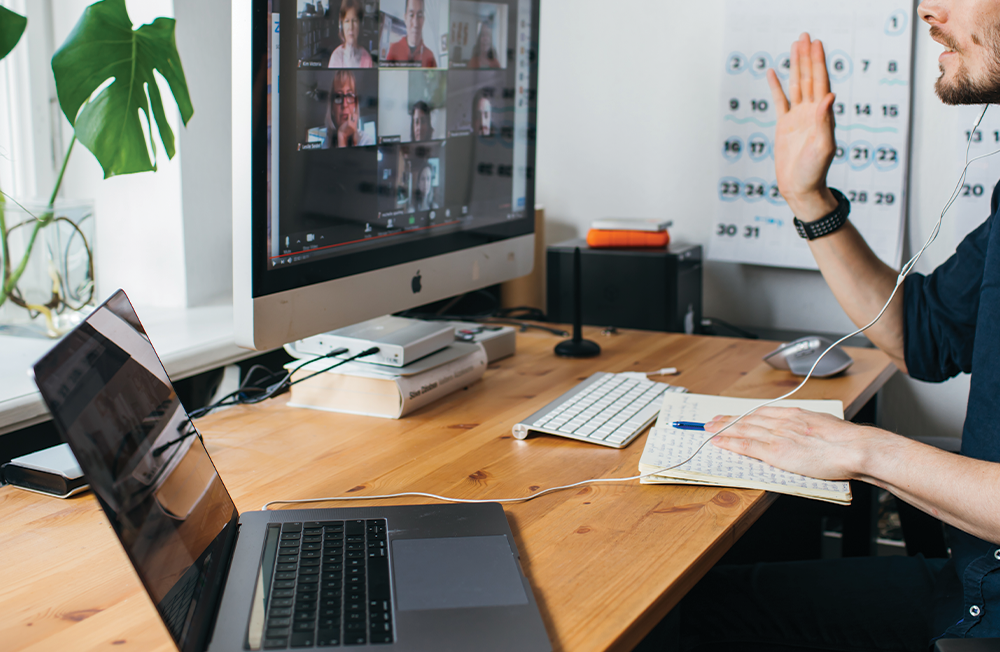 In tackling this project, I quickly found that home is full of distractions. So, my first task was to recreate my work routine as closely as possible. The mindset of being in the office really puts me “in the zone,” so I set out to replicate that atmosphere while at home. I started by setting up my laptop on an unused desk to create my official workstation. I was self-isolating from my family, but my dog Marley was always there to help provide company, and emotional support. With my designated work-only area and faithful companion to keep me on track, I threw myself into the blockchain credentialing project.

At first, it was slow going, although not due to any organizational difficulties. Since the whole office was required to work from home in April, FabCom’s team had experience working as a team while working virtually. As a young developer, I was thankful for the ability to easily communicate with senior team members anytime I needed help, or to request a certain design for the project.

However, I soon found that distance from my peers had benefits as well.

I felt I was getting close to completing the project, although the process was causing me to pull my hair out. After a few visits to Marley’s emotional support couch, I finally got “into the zone,” and hours later I had my breakthrough. Only while I was gleefully testing my solution did I realize that I hadn’t reached out to my senior developers for help all day.

In speaking with my boss afterwards, I found that he had known about the difficulty of the project. In fact, he said putting me in charge was intentional—not because of my age, or seniority, but because of my lack thereof.

“Old programmers get stuck in a trap sometimes,” he told me. “They were trained in a particular paradigm, and their methods are so ingrained that sometimes they won’t even think to try something new. As a bright young developer, though, you don’t have those blinders, so you can see what they don’t. You can punch through where they think they can’t.” 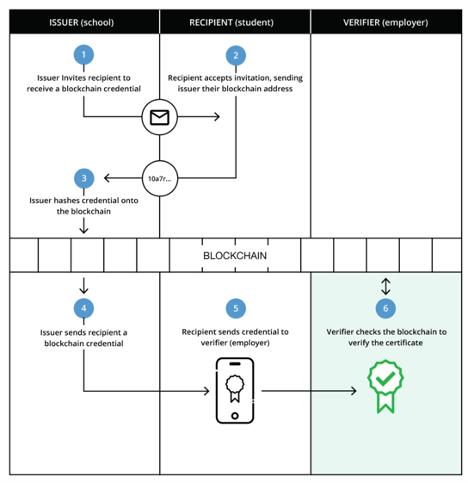 After my second negative COVID test result, I was thankfully able to return to the office and work alongside my peers again. I was initially worried, having heard horror stories of people who tested positive for months, but the worry only made my first day back even sweeter.

Looking back, I’m very thankful for the experience. My work on blockchain credentialing was very satisfying, and not just because having something productive to do kept me sane during my quarantine. I felt like I had emerged from my period of quarantine having changed the world a bit. I also felt that I had changed myself, too.

When the time came, Marley was sad to see me return to the office, but I was eager. I have always thought of myself as introverted, but being totally cut off from other humans really showed me how much I DO like talking to people, even if only in small amounts. Although I enjoyed the twice-daily team meetings and I was able to fill my social reservoir through conversation, it wasn’t enough. After self-isolating for weeks, I found that I really appreciated seeing other human beings.

Just like my blockchain project, I had found the value in secure connections.